This is a guest post by Ariel Black of ACAWise. ACAWise is a complete ACA compliance solution for Applicable Large Employers (ALEs) and Third Party Administrators (TPAs). The recent celebrity suicide of Kate Spade and Anthony Bourdain have shed light on the growing issue of rising suicide rates, the effects of suicide in the workplace, and suicide awareness.

Suicide. It is an unbelievably sad and tragic event that has impacted hundreds of thousands of friends, families, and colleagues across the United States. In the wake of yet another sobering loss, many are concerned. As the 10th leading cause of death in the US, many of you might be asking yourself, “What can HR do with workplace suicide on the rise?” 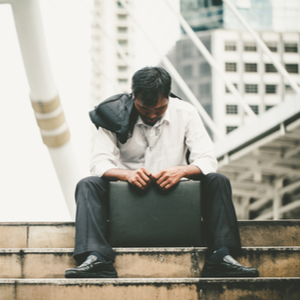 What Can HR Do With Workplace Suicide on The Rise?

This rise in suicides is found across all sexes, racial, and ethnic groups. However, the most significant spike is in middle-aged adults between 45 and 64 years old. The Centers for Disease Control and Prevention (CDC) stated in a recent study that many factors besides mental illness could trigger suicide.

Suicide does not merely affect those closest to the individual, but it also affects their coworkers and the work environment. When a suicide happens in the workplace, the impact can be unimaginable and can cause severe distress for the organization as a whole.

Suicide in the Workplace

As we have previously stated, suicide rates overall are rising but there is also a disturbing amount of those committed in the workplace. In the US between 2003-2010 more than 1,700 individuals killed themselves while at work.

It has happened at a Bank of America Corporation call center in New Mexico, Apple Inc’s Cupertino Califonia headquarters, and Ford Motors plant outside of Detroit. According to the Bureau of Labor Statistics, the total number of suicides at work was 291 in 2016.

No matter the size or business of your organization it is vital to educate yourself and your employees on the warning signs. If you feel that an employee could be a risk to themselves, you should talk to them with compassion. It is typically difficult to resist talking to someone when they are genuine and compassionate.

However, I am not a psychologist, and I encourage you to add a suicide prevention plan in your OnBoarding package. Also an annual or biannual class for your employees will help prepare them and teach them more about the warning signs.