Hurricanes have rocked the U.S. this year with Harvey, Irma, and Maria causing substantial damage to Texas, Florida, Puerto Rico and more. However, the damage faced in the continental U.S. isn’t close to what Puerto Rico experienced after being hit by both Hurricane Irma and Maria.

Disaster relief efforts are still in effect and many residents of the U.S. territories of Puerto Rico and the Virgin Islands who evacuated still can’t return due to the catastrophic damage. Many don’t even have homes to return to anymore. The IRS has recognized this and provided a major tax break as a result.

Typically during a declared disaster under residency tax rules residents are allowed a 14-day absence period under the 183-day general presence test. However, the IRS has extended the 14-day period to 117 days, starting on September 6, 2017 and ending on December 31, 2017.

Anyone who is absent in the U.S. Puerto Rico and Virgin Island territories during this 117 day period will be treated as either having the inability to return or leaving due to hurricanes Irma and Maria. This issues relief to many citizens as they will not lose their status as a ‘bona fide resident’ for tax filing and reporting purposes.

Most importantly, you will have to meet the presence test. As a U.S. citizen or resident alien to pass the presence test in Puerto Rico or the Virgin islands you must meet one of the following conditions: 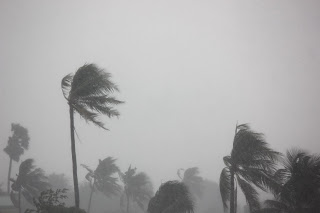 By extending this declared disaster period from 14 to 117 days, residents who had to evacuate and can’t return home yet now have more time to resolve their situation. Being away during this period will not hurt their physical presence test or bona fide resident status.

The U.S. territories of Puerto Rico and the Virgin Islands still need our help after getting hit by two major hurricanes. You can help spread the word on social media to raise awareness for the cause. Many people are unaware of the catastrophic damage that occurred, and spreading awareness could increase donations.

You could also donate money to a hurricane relief organization or charity. When donating food, water, and clothes make sure that your source has enough funds to transport the materials to the affected areas. Also, you could head to the disaster areas yourself to volunteer.

Please share your donation tips in the comment section below and visit ExpressTaxFilings.com for more tax blogs.